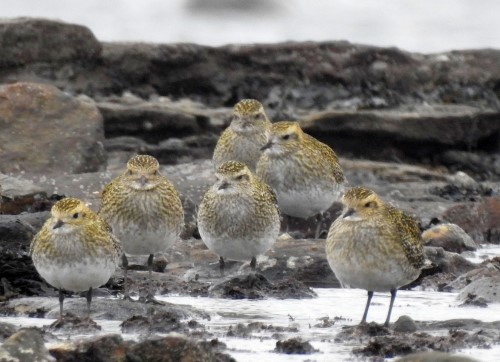 For some 27 years I was an upland birder, with my home being within walking distance of the Lammermuirs. A 15-minute walk would see me enjoying Red Grouse, Meadow Pipit and Skylark in the heather on Fala Moor. As often as not I’d see Crossbill and Siskin in the conifers at the moorland edge, and on three memorable, separate occasions, I was thrilled with individual sightings of Short-eared Owl, Hen Harrier and Black Grouse, the only times I ever saw those species on the moor. In winter, Pink-Footed Geese could be seen in their thousands either flying over or roosting close to the small loch, and occasionally flocks of Golden Plover would stop over too, their camouflage so perfect they were difficult to spot in areas of regenerating muirburn.  Winter thrushes were common too and Brambling a regular visitor to my garden birdfeeder. Summer migrants were predominantly Chiffchaff, Willow Warbler, Swallow and House Martin, and birds such as Nuthatch very rarely made it to our village some 800+ feet above sea level, or “above the tree line” as my sons would jokingly label our home on particularly cold and snowy winter days! 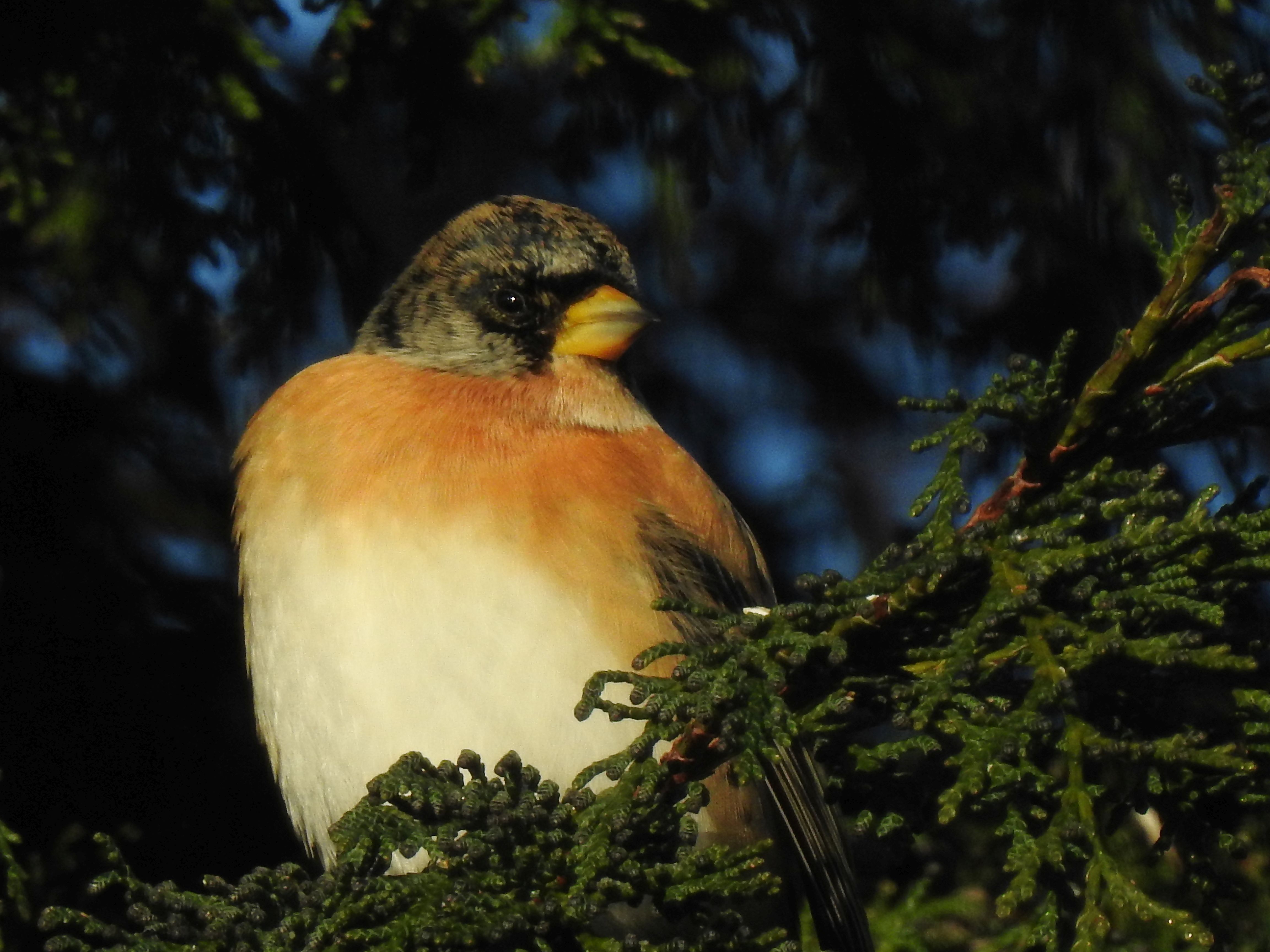 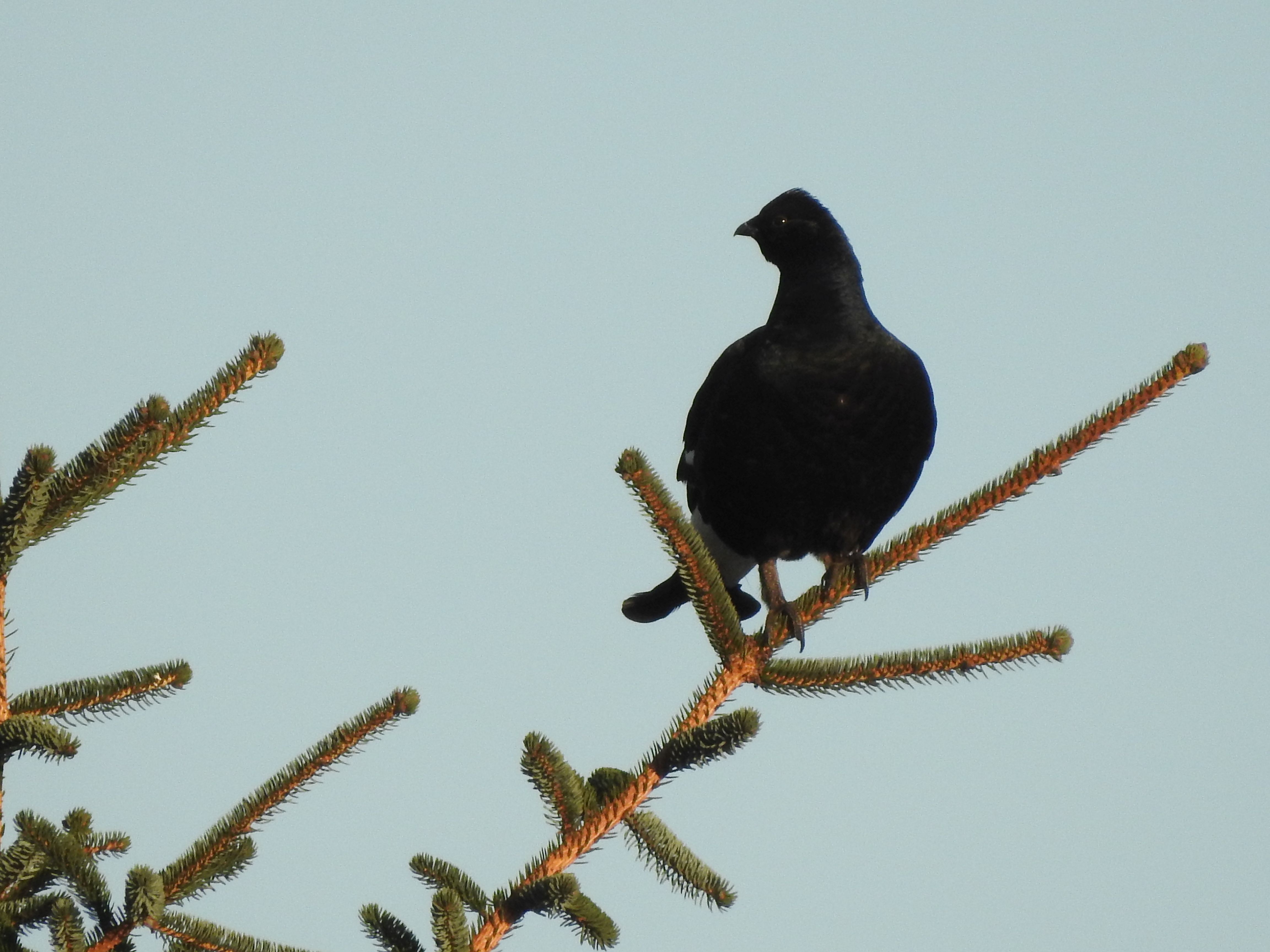 Then, in spring 2019, I packed up and migrated downhill, washing up near Dunbar and morphing into a coastal birder. I still see Golden Plover down here, and they are just as well camouflaged against the rocks of Belhaven Bay as they ever were on the moorland, but there is also a whole different suite of birds to get used to as everyday sightings now. 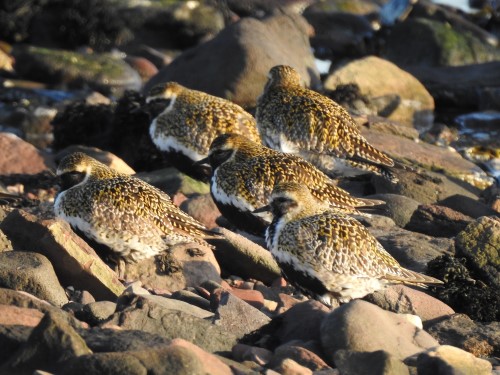 In summer, I’ve noticed there are very many more species of warbler in the lowlands; Sedge Warbler and Grasshopper Warbler have been a particular treat for me, and Blackcaps, which seemed to be everywhere I walked. Sand Martins too have become commonplace, but then coastal or riverine habitats are where their nesting colonies can be found and the geography of my previous upland home didn’t include rivers with suitable sand banks. Other species have become much less regular sightings with my move; Chaffinches, for example, and Yellowhammers, both of which were more numerous in the upland landscape of hill farms, hedgerows and woods. Challenging my credentials as a ‘coastal birder’ have been the waders – there are lots of them here and of a whole lot of different species too.  The Common Ringed Plover must be my favourite, I just can’t get over how much they look like a pom-pom ball on legs!  But watching waders is an ID skills test all of its own, there are juveniles, adults half-in half-out of breeding plumage, the odd vagrant, sub-species if you want to go that far…I will need a few years here to get them all sorted out! 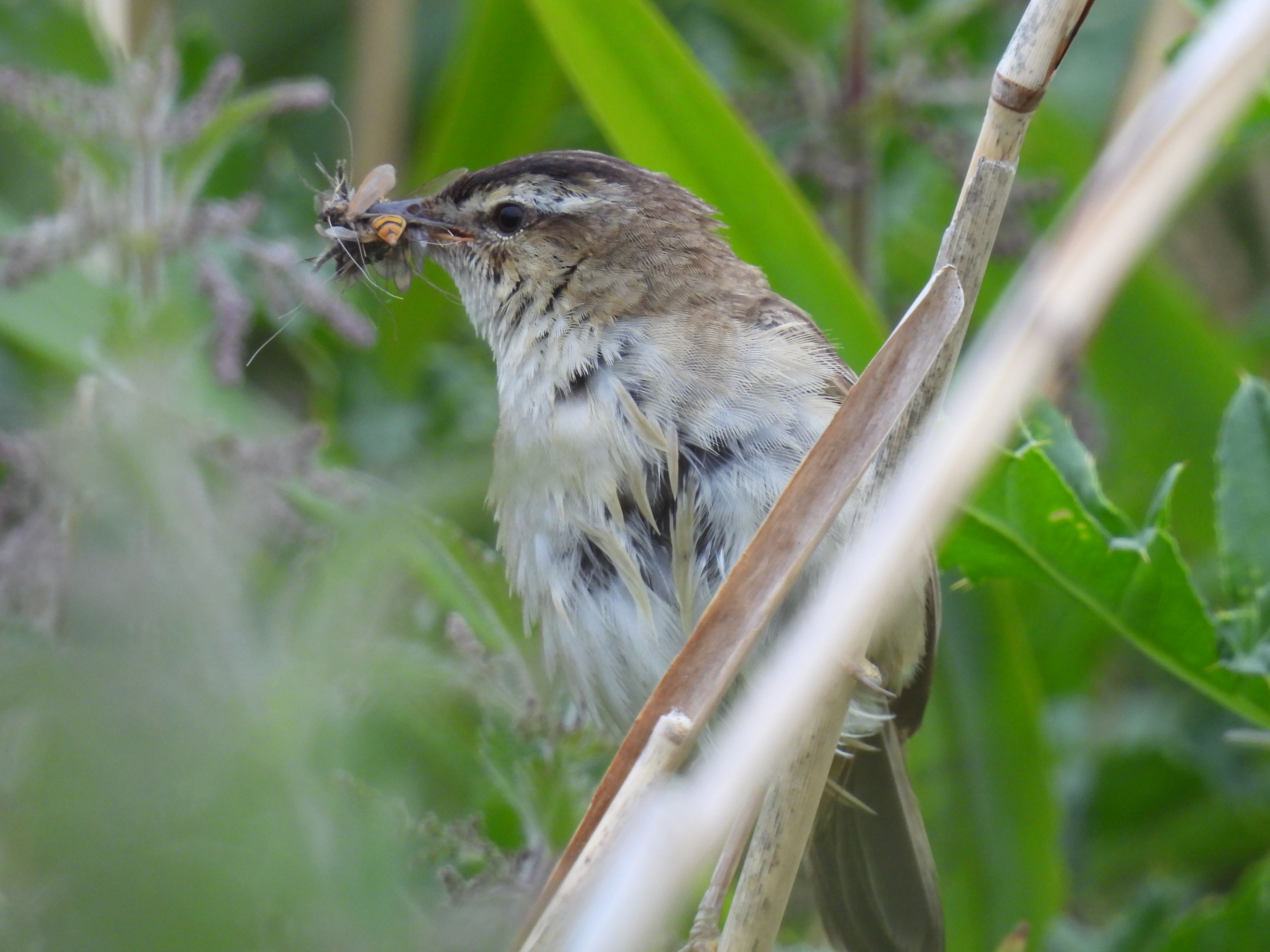 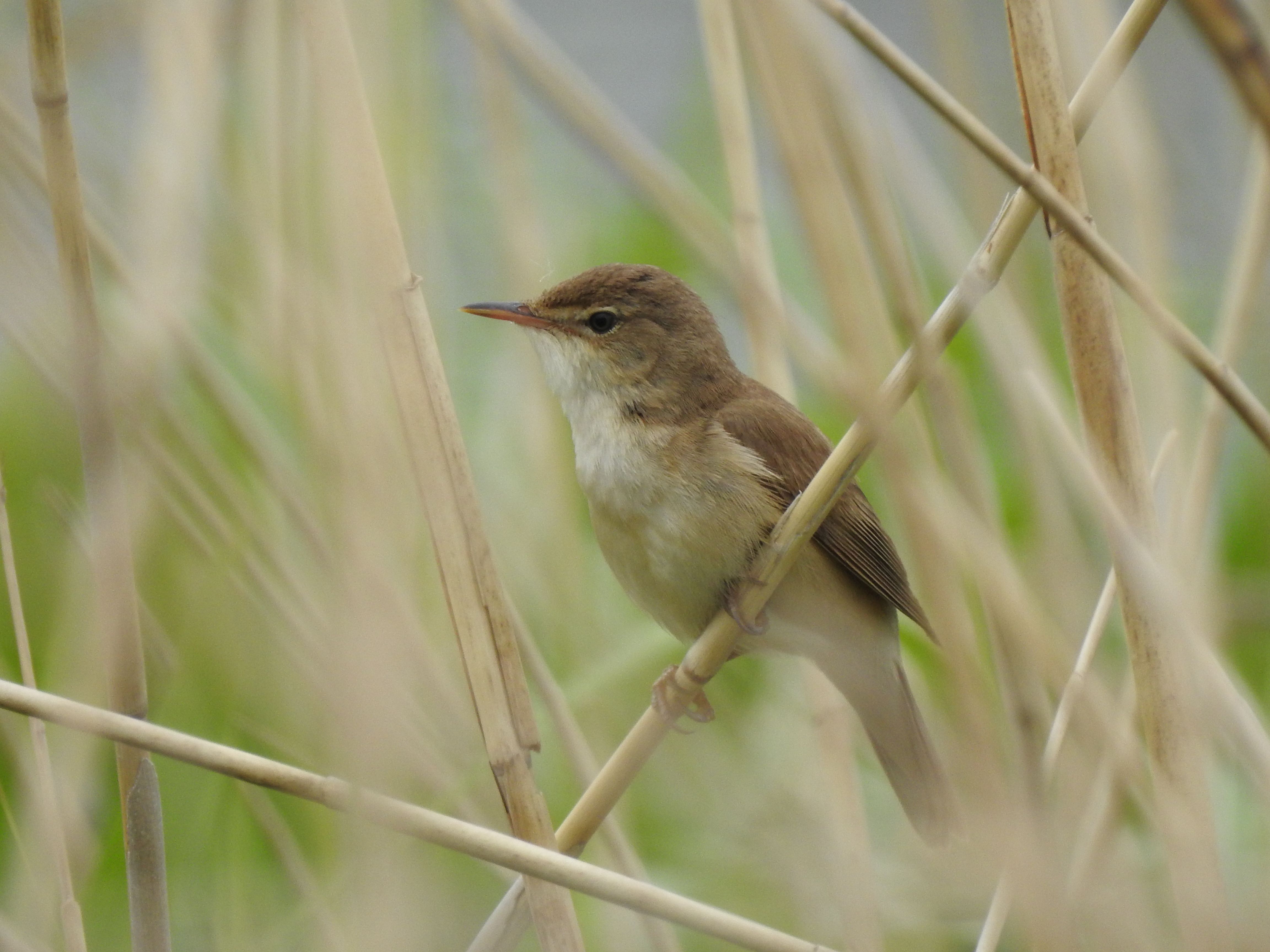 Coastal birding holds an air of anticipation every time you go out; a walk along the beach can produce some Snow Buntings or perhaps just a wee group of Sanderlings dashing in and out of the waves. And of course there is the sea itself, sometimes wild and stormy with Fulmars gliding down the waves like mini-albatrosses, or flat calm with auks bobbing up and down. And whilst Fala had its own very occasional rarity, that Black Grouse and the Hen Harrier for example, the East Lothian coast is on a whole different level. Barns Ness, Tyninghame, Musselburgh…these semi-legendary sites are now within very easy reach and the East Lothian coast has provided me with a steady stream of lifers since my move. Amongst these are the Bluethroat at Barns Ness in 2019 (the memory of seeing that beauty remains imprinted in my brain since I forgot the memory card for my camera, so no photo!). Thereafter I have always been better prepared, so when I finally ticked a Rosy Starling at Port Seton this year I also got the keepsake photo. With this whole new landscape to explore, unlike the birds, I’m not in any hurry to migrate further. 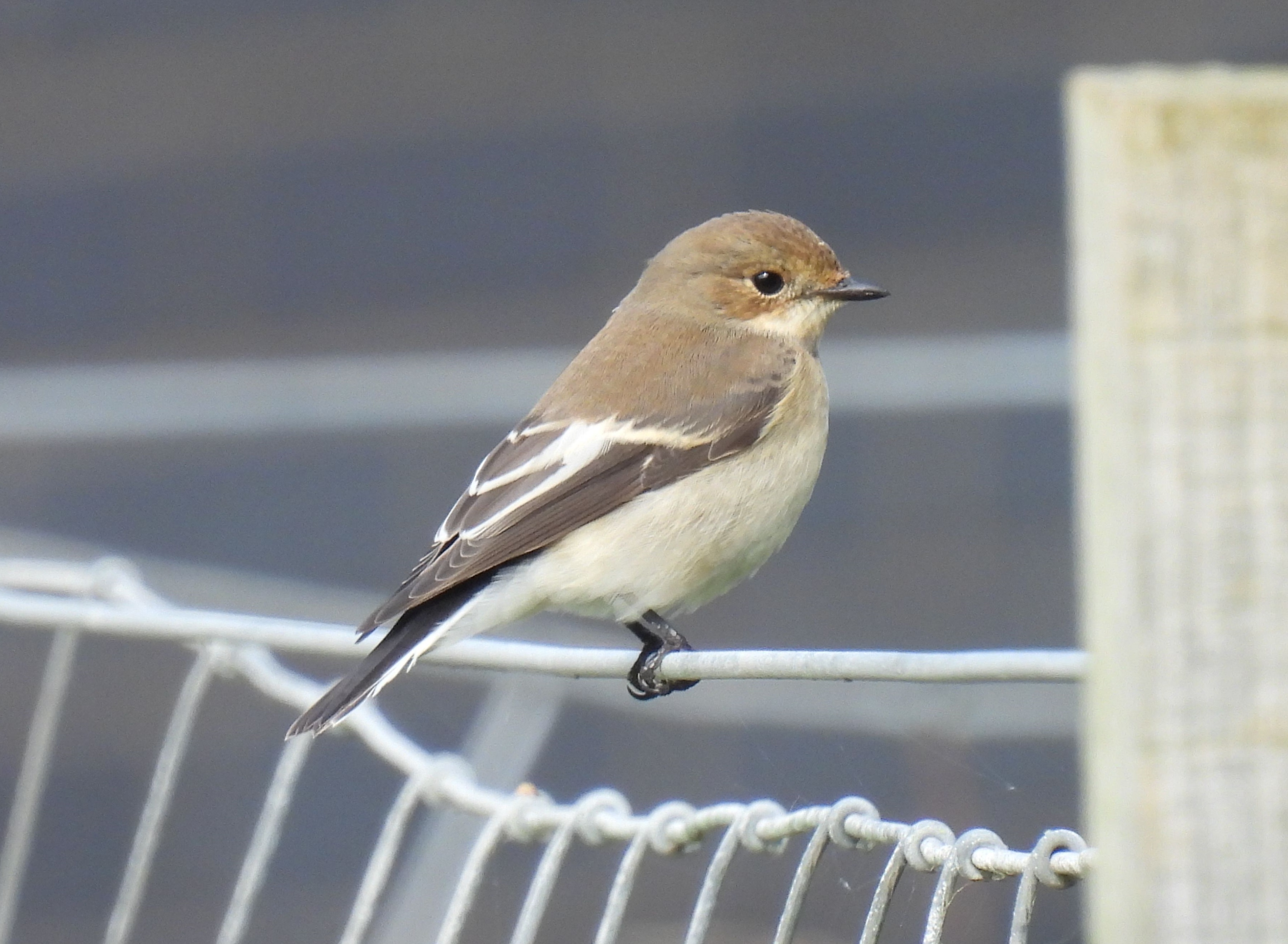 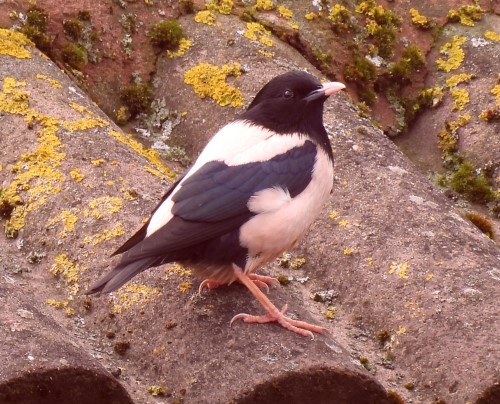 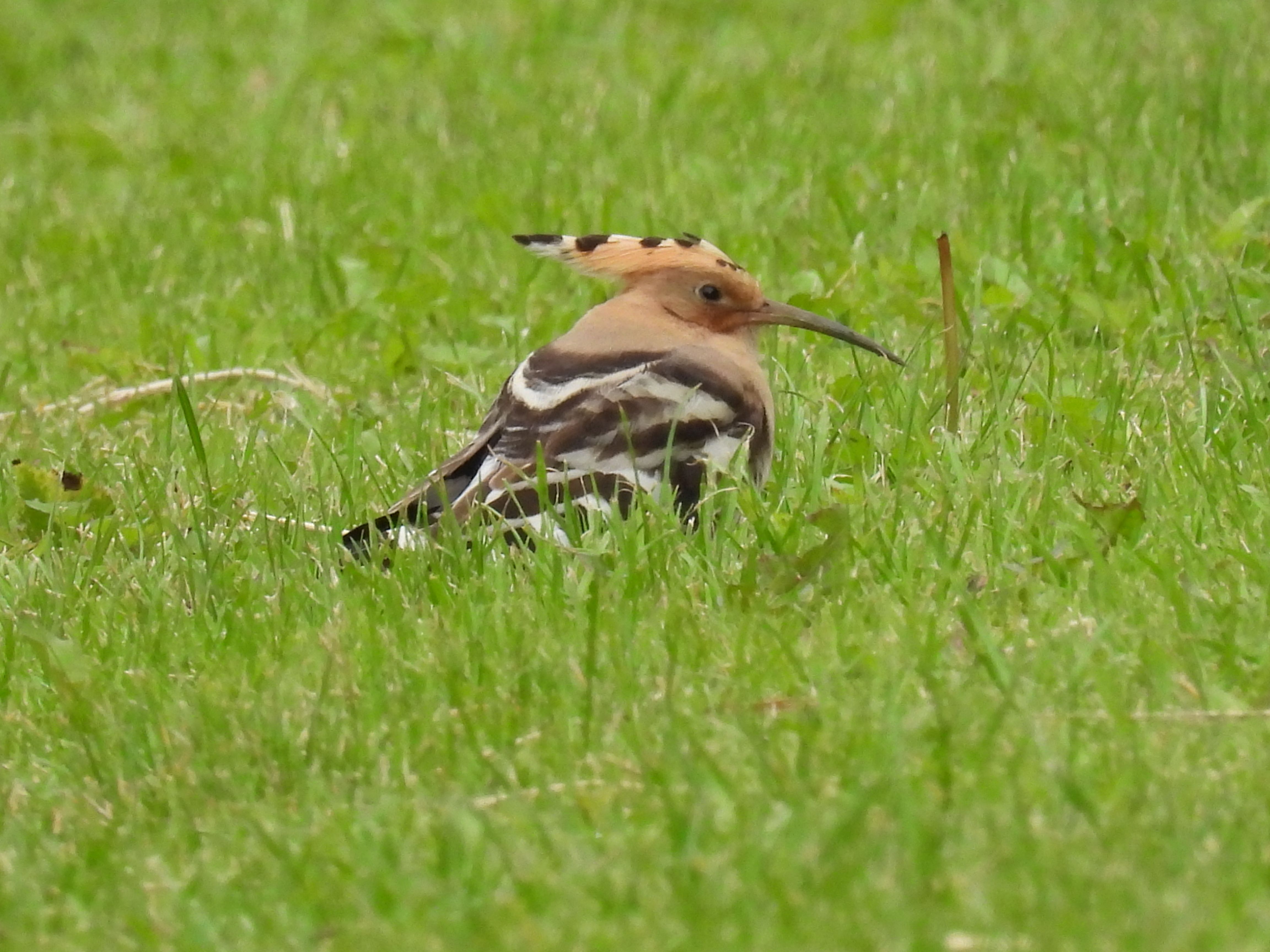 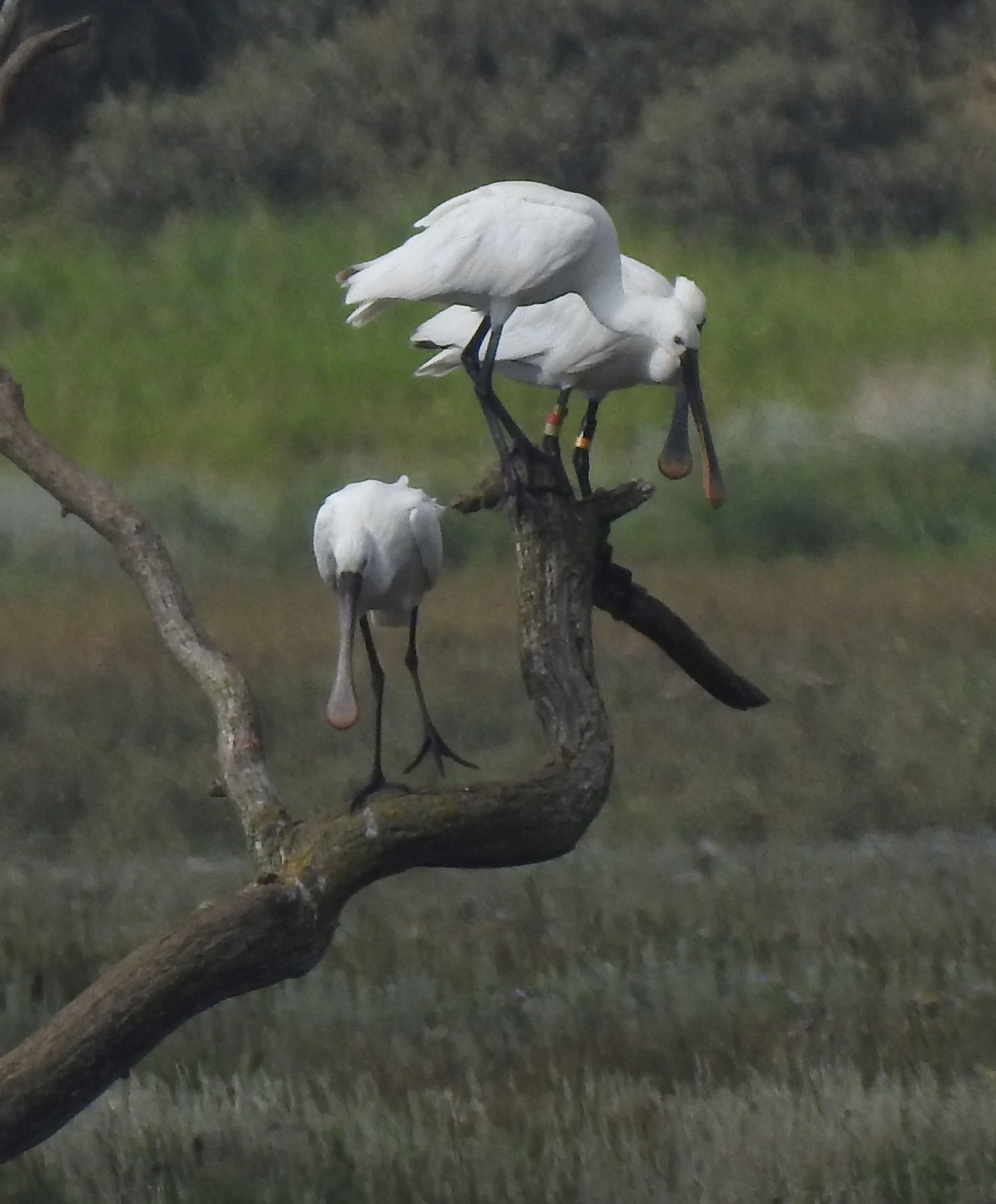