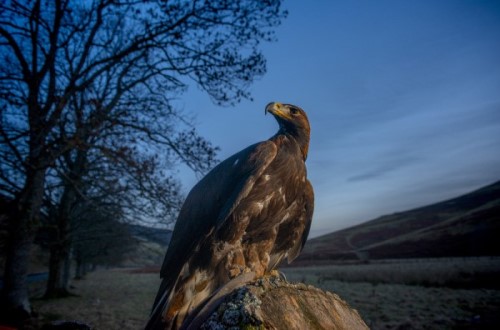 A pioneering conservation charity addressing low numbers of Golden Eagles in the south of Scotland has revealed that the first eagles successfully translocated to the area in 2018 have thrived during lockdown and, in a first for the project, one of the iconic birds even flew as far south as the Pennine Hills in England.

As humans were told to stay safe indoors to avoid the spread of Covid-19, the iconic birds translocated by the South of Scotland Golden Eagle Project have soared high in southern skies, covering around 140 miles from Eyemouth in the east to the Mull of Galloway in the west, and approximately 90 miles down to the Pennine Hills.

Beaky, a young Golden Eagle who was translocated to the area from GFG Alliance’s JAHAMA Highland Estates in 2018, was the first of the project’s eagles to venture south of the border and visit the Pennines area. This is a significant milestone for the project and partners RSPB Scotland, Scottish Land & Estates, Scottish Forestry, NatureScot (Scotland’s Nature Agency), and the Southern Uplands Partnership. 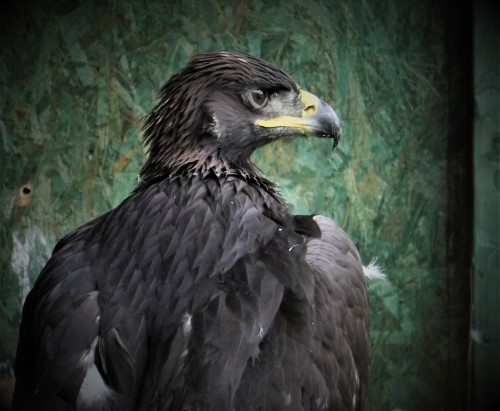 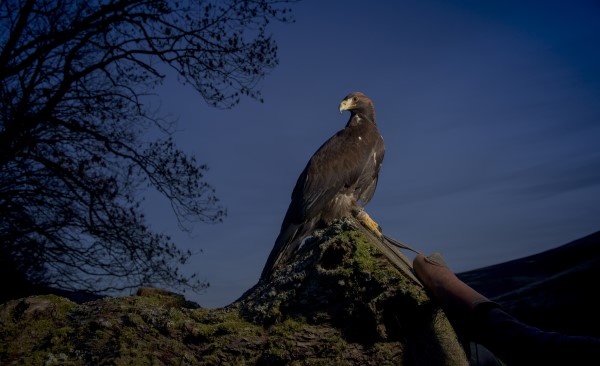 “Two years after our first translocation, it is wonderful see our first chicks thrive in the area and interact with locally fledged young eagles – this is absolutely key to addressing low numbers in the area before they are lost to the area forever. We were particularly excited by Beaky’s exploration into northern England, as she is the first of our birds to explore that far south. There have been no Golden Eagles breeding in the wild in England for a number of years now.”

“We have had fantastic support from public, local communities and land management sectors in the south of Scotland, the Highlands and wherever our birds travel. This support is now more important than ever to ensure we see this important bird soar high in our skies for many years to come.

“The Covid-19 restrictions have unfortunately prevented us from doing everything that we would normally do this year, but we look forward to increasing the numbers again next year and for many years to come.” 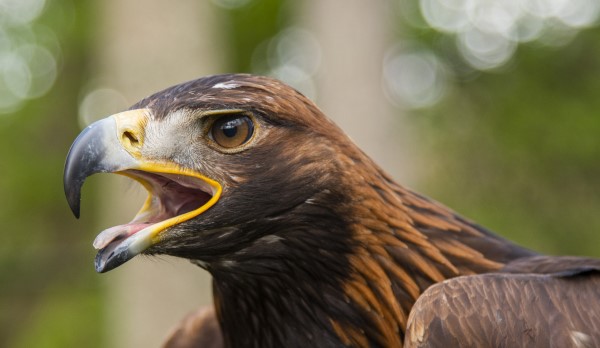 Francesca Osowska, NatureScot’s Chief Executive, said: “It is thrilling to see these four stunning Golden Eagles thrive in southern skies – in Scotland and England. These striking birds are helping enrich the wonderful nature in the south of the country, which is part of vital work to restore biodiversity loss in Scotland. Golden Eagles are such an amazing part of Scotland’s wildlife, and we’re passionate about returning them to places where they used to be plentiful.”

Julia Stoddart, chief operating officer of the JAHAMA Highland Estates, where Beaky was reared by her parents before being carefully translocated to the south of Scotland, added: “We pride ourselves in delivering a positive future for the land we manage and the nature that flourishes within them. We believe it is vital for responsible landowners to support this pioneering and important conservation project and we are delighted to be involved. It is hugely rewarding to hear that one of our locally born chicks Beaky is settling so well in her new home and has made such a significant journey to the Pennines. It is so important for landowners to really embrace and support projects like this to ensure responsible conservation of our wonderful natural habitats for future generations.”

Since 2018, the South of Scotland Golden Eagle Project has successfully translocated four Golden Eagles from the Scottish Highlands to the south of Scotland. The four birds have settled into their new habitats and are fending for themselves. The group plans to translocate more chicks in 2021.

Support from funders, volunteers, land managers, raptor specialists and other participants plays a pivotal role in helping the iconic species continue to grow in numbers and thrive in the area. Over 10,000 people have participated in the initiative to date.

For the latest news on the charity and a range of engaging resources visit: www.goldeneaglessouthofscotland.co.uk.