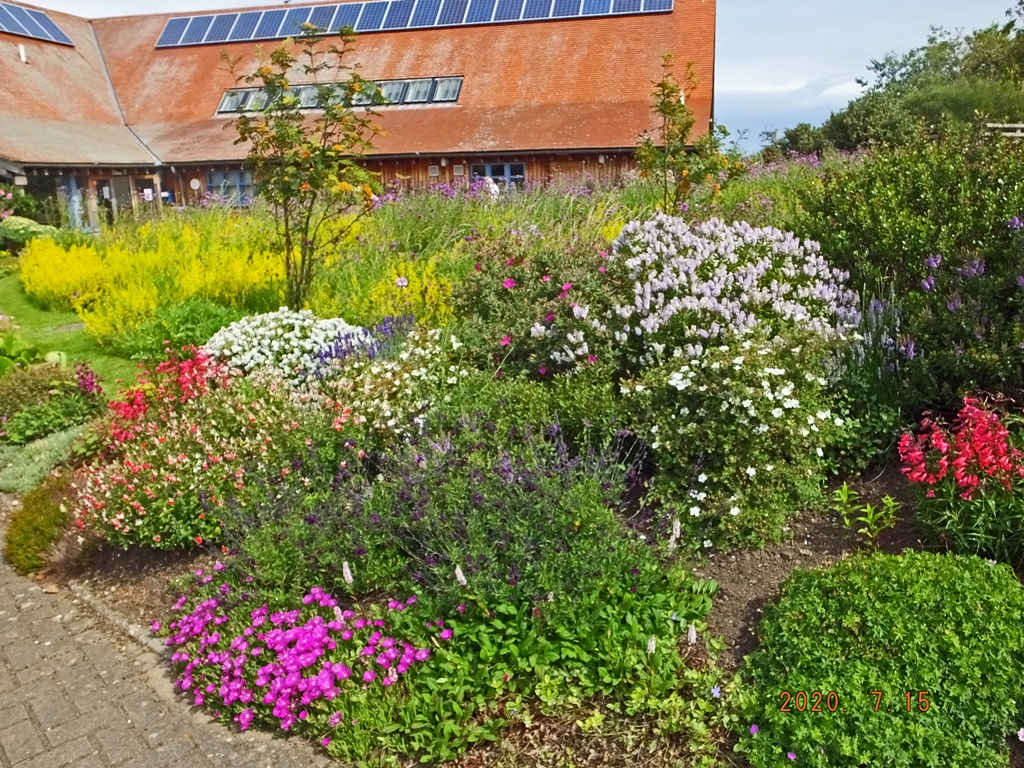 The gardens surrounding Waterston House were laid out in 2005. The aim was to create an attractive setting for the Club's HQ, managed in an environmentally friendly way that attracts a variety of wildlife.

At the front, the main path leads to a patio area with a small rock and water feature. On either side are beds with a mixture of shrubs and perennials to provide cover for birds and also colour and nectar from early spring to autumn. Great Spotted Woodpeckers have been seen taking nectar from the red-hot pokers. Dunnock, Robin, Blackbird and Chaffinch forage on the ground while tits pick insects off the shrubs. There are also cotoneasters, rowans and a crab-apple, which provide berries throughout the winter. Waxwings have occasionally been seen eating the rose-hips. The buddleja attracts several varieties of butterflies in the late summer. As the site is south and west facing, it tends to be dry and sunny. Some plants do better than others; hardy geraniums, penstemons, lavender, hebes and salvias thrive. 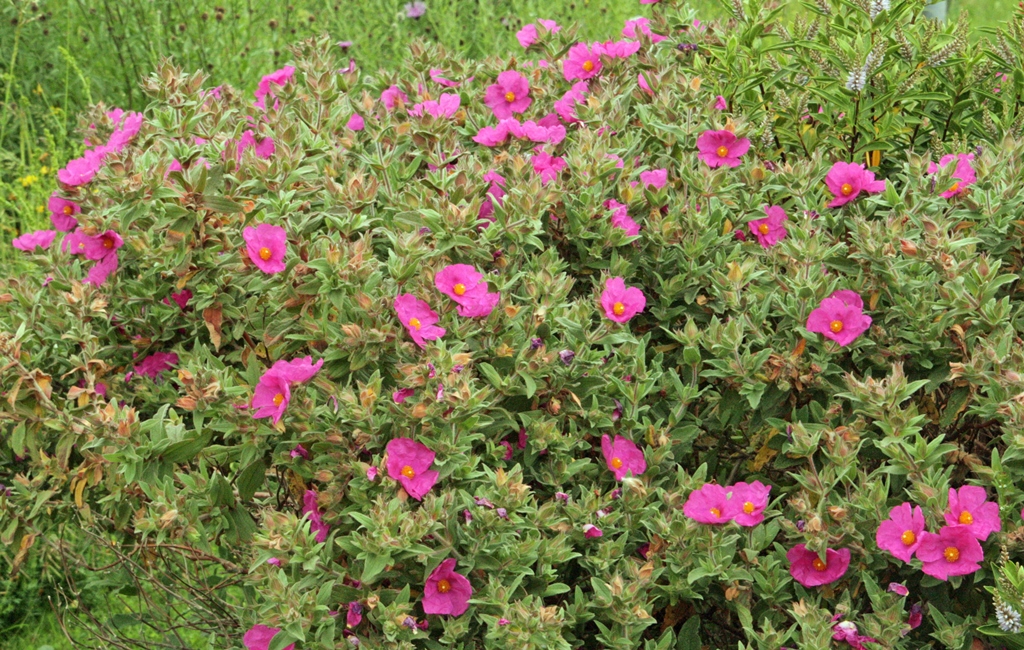 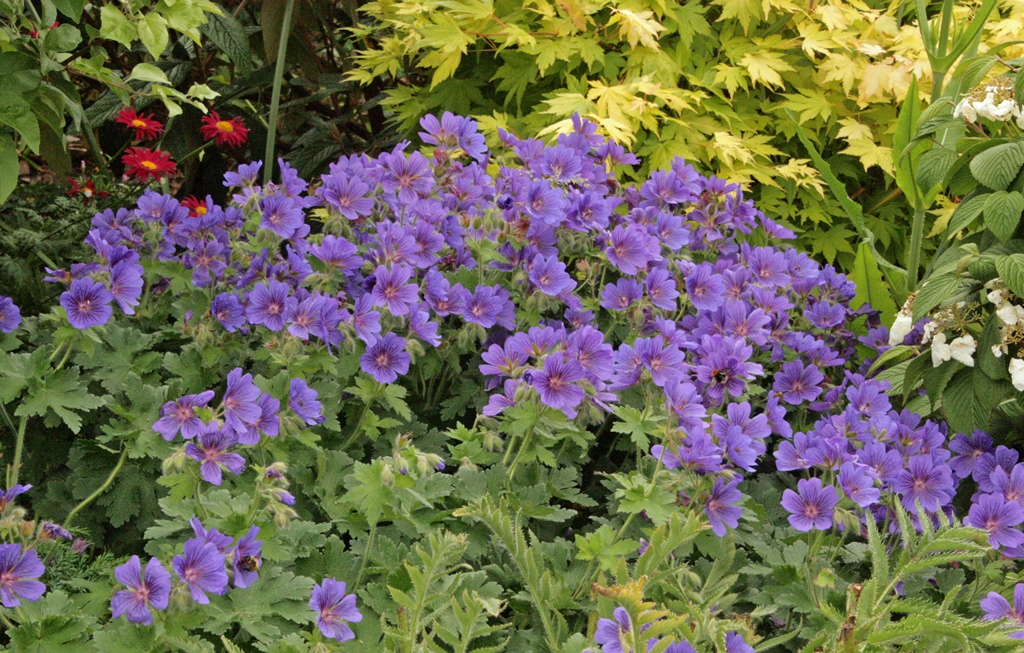 There are two meadows, one on either side of the main path. They have evolved over the years with wild and some garden flowers blooming from spring through to autumn. A few snowdrops raise their heads in January/February and then there is quite a show of primroses and cowslips. In May/June, a deeper yellow predominates with lots of buttercups as well as yellow rattle, which should be gradually reducing the coarser grasses as it’s semi-parasitic. June/July is when the meadow flowers are at their best and most colourful with swathes of lady’s bedstraw, knapweed, and ox-eye daisy and scabious. Although the meadows become untidy and less colourful in August/September, they are left so flower seeds can mature and drop before mowing at the end of September. In the late autumn,  some patches are scarified and sown with a mixture of annual wildflowers such as poppies and cornflowers.   Moles, field mice and shrews can also be found and when cutting back in autumn, care is taken to avoid frogs and toads. 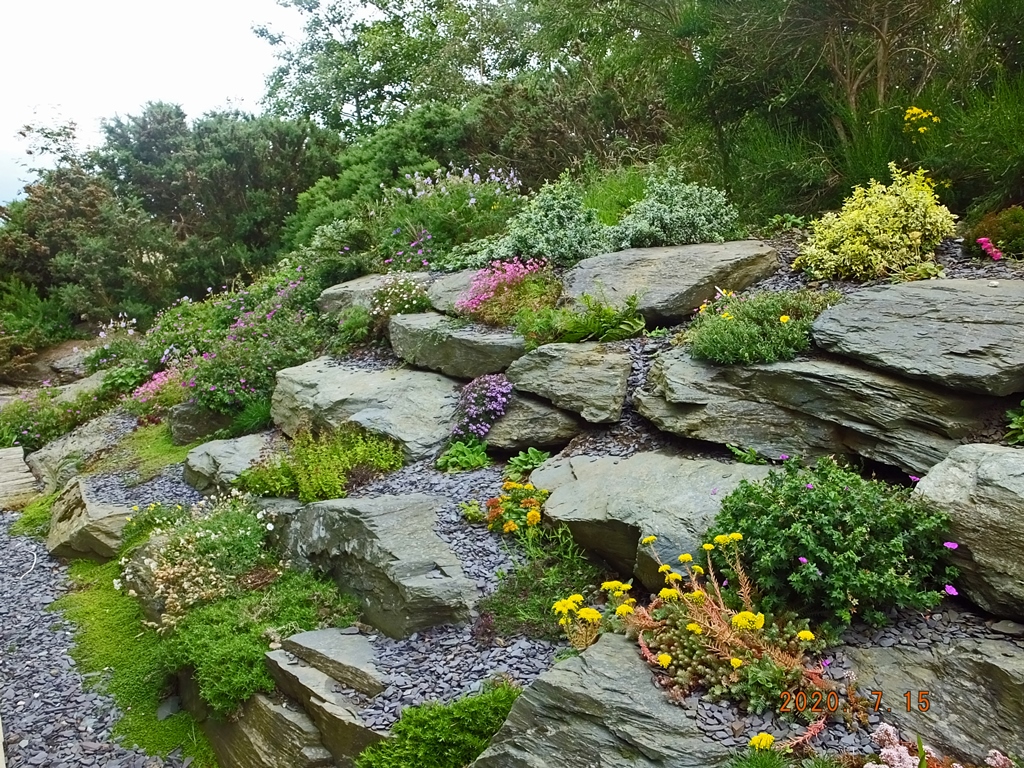 To the west of the gardens, the informal hedge has matured to be a wind break from the predominant westerlies. It has native species including dog rose, hawthorn, holly, guelder rose and hazel, with some non-native cotoneaster. To the east side of the building, a path - suitable for wheelchairs, goes past a rock bank to the boardwalk, along the very large pond, which stretches the length of Waterston House. There is a waterfall powered by an electric pump at one end. Native marginal plants such as greater spearwort, water mint and bog bean have colonised the shallow edges while at the far side of the pond is a stand of reed mace or bulrush. The water lilies are of garden origin but we plan to introduce the larger, native, white water lily thanks to the cooperation of the adjacent Gosford estate. In spring, look for the yellow flowers of marsh marigold and wild iris. There is a dense growth of the non-native but long-established Canadian pondweed under the surface. This is a useful oxygenator and provides a habitat for many invertebrates including several dragon and damsel flies. Frogs and toads breed in the pond in spring. Occasionally mallards have paid a visit and martins and swallows swoop low to drink and take insects. Some nest under the eaves. The roofs of Waterston House drain into the pond, maintaining the water level. 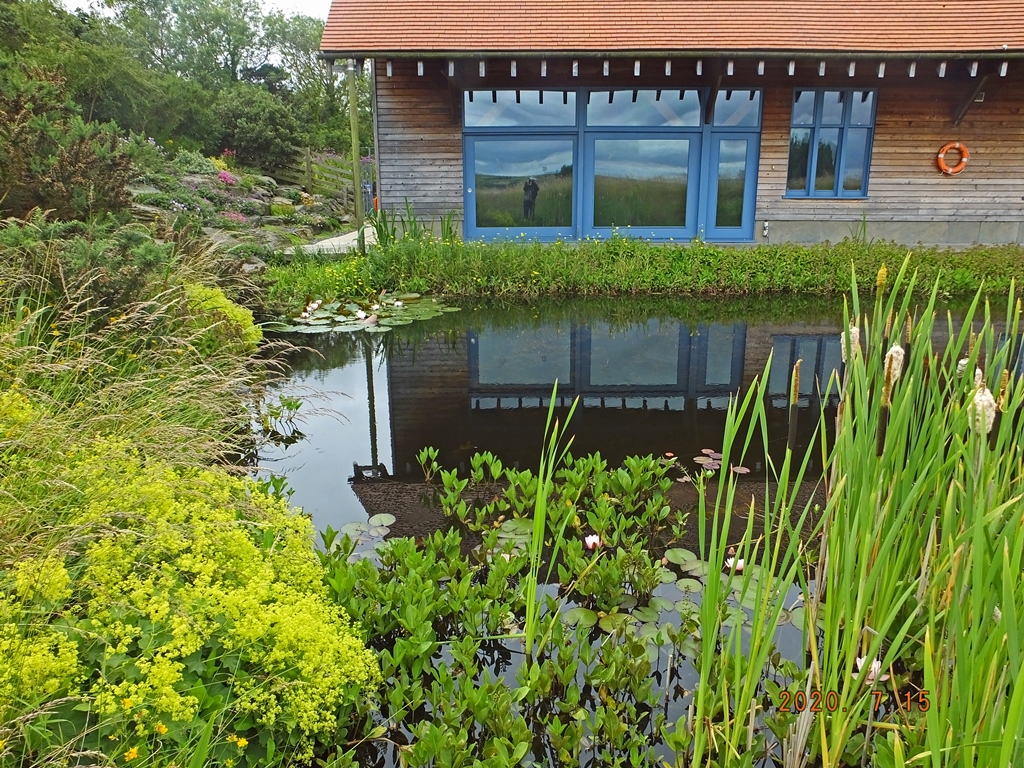 The grounds of Waterston House form part of the John Muir Pollinator Way, supported by Buglife. Trapping organised by Aberlady warden John Harrison over the years has recorded an impressive 244 species of moths.

The gardens are maintained by a team of volunteers who can be found hard at work here on Wednesday mornings. Current gardeners are Gordon Elliot and (pictured left to right) Tricia McBride, Marjorie Adams and Bill Torrance. 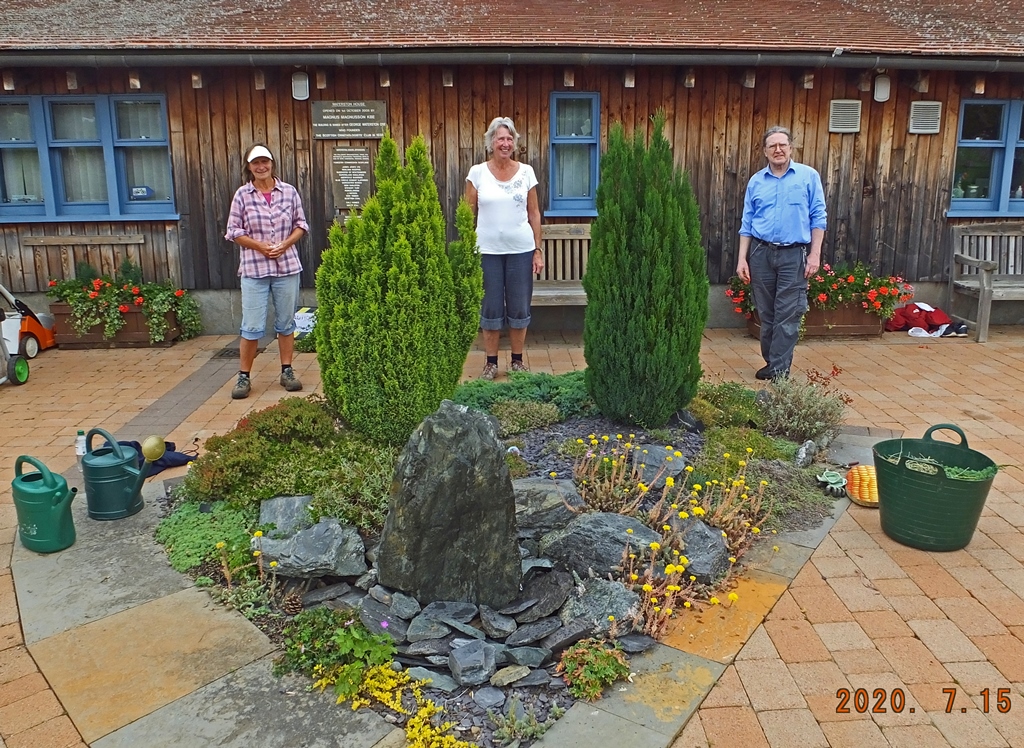