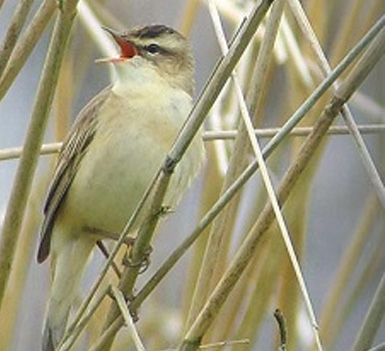 Every spring/summer, Angus Murray of Birdline Scotland provides Headquarters with an often daily (or even more frequent!) update of the latest migrant birds to touch down on Scottish soil, by recording area.

The information is copied to an online table available to view on the website here , where you’ll also find details of how to submit your migrant sightings.

Now in its 14th year of running, the table is a useful tool in allowing comparisons between years and allows you to find out dates for when the first Swallow or Osprey was reported for example, and in which area. Details of particularly interesting or notable arrivals are often posted as small news pieces on the Club’s Facebook and Twitter pages.

Winter 2016-17 was overall fairly mild and benign in Scotland with wintering migrants reported including Manx Shearwater and Sandwich Tern both in the Firth of Forth, Whimbrel (Argyll, D&G and Fife), Common Sandpiper (Argyll), several Chiffchaffs and Lesser Whitethroat (Highland).

Spring migration started off with some very early records with the first migrants being around two weeks earlier than normal. South/southwesterly winds on the weekend of 11th-12th March especially saw some early dates, most notably up to seven Garganey at WWT Caerlaverock (D&G). A remarkable series of House Martin reports also resulted from this between the 12th-15th with four birds seen, all on west coast islands and all being the earliest ever for their respective recording areas, Clyde Islands, Argyll, Highland and Outer Hebrides. Indeed the one on Arran (Clyde Islands) on 12th equals the previous early date for Scotland, three at Tweedbank (Borders) on 12th March 2006. The only other published mid March records of House Martin in Scotland are three different birds in Ayrshire on 15th March 1990 and one at RSPB Baron’s Haugh (Clyde) 16th March 1981. This is a species most Scottish birdwatchers wouldn’t normally expect to see until mid-late April though in recent years the first birds have been appearing earlier, in the last week of March/first week of April.