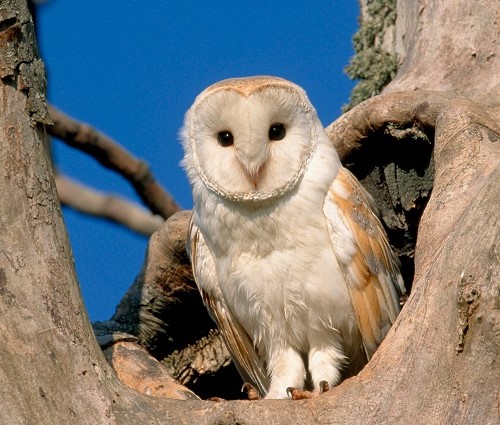 A new initiative by the Club's Clyde Branch to create nest boxes for breeding Barn Owls in the Lochwinnoch area has taken flight, and with it, hopes of boosting the species' numbers and recovery in the region.

Barn Owls are beautiful and much-loved birds of the countryside, which have seen a welcome increase in numbers after a population low in the 1970s and 1980s. The UK breeding population is now thought to exceed 10,000 pairs.

One of the major factors for the species' upturn in fortune has been an increase in nesting sites thanks to the provision of artificial nest boxes. These have helped to counter the loss of natural nest sites, for example, in barns and old farm buildings, which have been lost due to conversion and modernisation of the structures. Thankfully, Barn Owls appear to adapt well to breeding in nest boxes and according to the British Trust for Ornithology, it is likely that a significant proportion of the breeding population, thought to well exceed one in four birds, now use them for breeding.

The Lochwinnoch ‘Boxes for Barnies' project, which is being funded by Clyde branch and Garnock Connections Landscape Partnership (supported by a grant from the National Lottery Heritage Fund), will see the construction of a dozen, purpose-built Barn Owl boxes. These will be installed at suitable locations in Renfrewshire and North Ayrshire – an area which has been identified as a priority for the species, after a survey last year revealed their significant presence in the region. 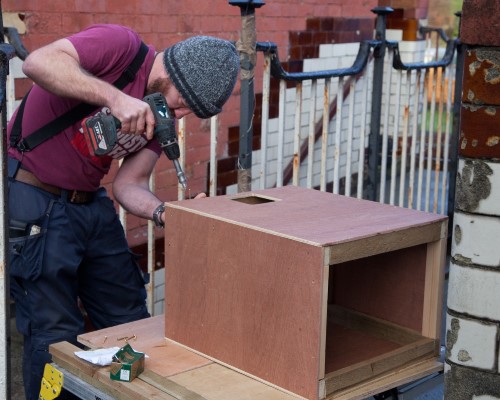 Clyde Branch members are working closely with the Lochwinnoch community to recruit volunteers to construct, install and help monitor the boxes, as well as approaching local landowners to host a box on their property.

Project Volunteer Fraser Kennedy (a professional joiner), along with his children Orla and Noah, have constructed two of the nest boxes so far: “I used to see these beautiful owls on a regular basis near where I live. When I was informed about the project’s aims and the design requirements (assembling the boxes with added platforms to help stop the curious chicks falling out), I realised I wanted to use my skills to help. I’m pleased I could!” 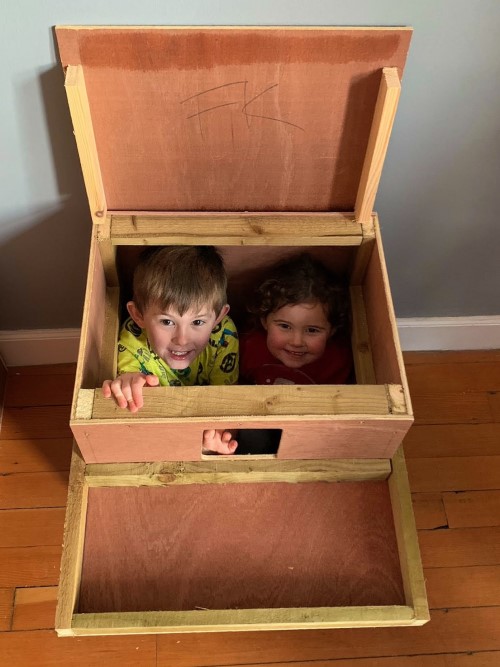 A local farmer in the area, Willie Andrews, said: “Barn Owls are lovely birds and a friend as they kill vermin. They are under threat and declining, so I am happy to put up a box.”

The boxes will mainly be sited in farm buildings, occasionally in trees, and will be monitored (under licence) in the breeding season. The records generated from monitoring the boxes will be entered on BirdTrack, an online bird recording platform, of which the Club is a partner.

Join us on Facebook (you don't need an account to view the page) to keep up to date with the project’s progress. If you're interested in volunteering with the nest box scheme (once current restrictions are lifted), would like more information or to find out if your land is suitable for housing a Barn Owl nest box, please contact Zul Bhatia, Project Lead This email address is being protected from spambots. You need JavaScript enabled to view it..  Any Barn Owl sightings in the area can also be shared confidentially with Zul who will forward these to the Local Bird Recorder for the Clyde Area, as well as inputting the records on BirdTrack where breeding season records will be hidden from public view.