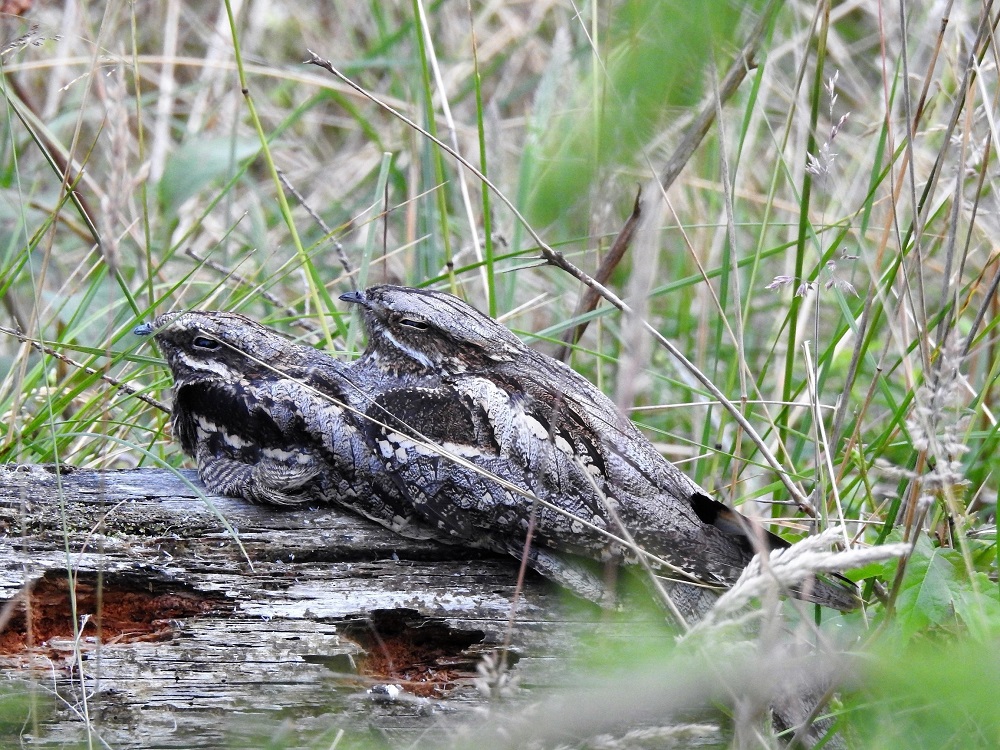 A new initiative by the Borders branch of the Club to uncover breeding evidence of Nightjar - one of Scotland’s rarest birds - in the region has taken flight, and with it, hopes of boosting the species’ recovery in Borders.

A summer migrant to our shores and at the northern edge of its breeding range in Scotland, Nightjar was reportedly once widespread and common in the South-East of the country. However, by the 1950s, habitat loss had led to its near disappearance here.

Although Nightjar appears to have benefitted from an upturn in fortunes since then, bird data for the Borders over the last decade reveals only nine sightings across the region.

With swathes of Nightjar-friendly habitat and recurring records in 2020 of churring birds in similarly forested areas just over the border in Northumberland, it is widely believed that the Borders birds are being missed, leading to the species being worryingly under-recorded in the region.

A secretive and elusive bird, Nightjar is tricky to monitor; most birdwatchers in Scotland will never set eyes on one. By day, it sits motionless, its plumage the perfect cover against its preferred woodland backdrop or tree branch. Often the only confirmation of the bird’s presence, and reliable indicator of probable breeding, is hearing the male’s mechanical churring song. A nocturnal (crepuscular) species, it comes alive at dawn and dusk, within forested areas– a challenging environment for even the most experienced fieldworker, which makes getting an accurate handle on the population an equally difficult task.

However, a new initiative using new, tried and tested survey methodology, looks set to change all that. The SOC Borders Branch Nightjar project, which is being funded by a research grant from the Club’s Endowment Fund will see the instalment of audio recording equipment at strategic positions across the region, near to where Nightjar have recently been recorded. The devices will be monitored for a number of weeks (over a three-year timescale), at a time when historical records suggest numbers may be at their peak in the area.

Borders Branch Chair and Survey Co-ordinator, Dr Gavin Paterson is delighted to be part of the project team: “We're very excited to have already located one 'churring' Nightjar in breeding habitat in the Borders on a survey. This gives us great encouragement that more of these fascinating birds might be found if we keep recording. The survey is also allowing us to find lots of other elusive nocturnal birds from remote areas, without any risk of disturbance, such as owls and Woodcock”.

“Nightjar are seen so rarely in the Borders – perhaps one every couple of years – and yet the habitat here is absolutely perfect for them. Using this kind of technology is a great way to find this elusive species without having to negotiate the difficult terrain they favour during the night. As with all rare and scarce species, it’s important to know where they are as sympathetic land management can help them to flourish”, Alasdair Reid, Borders SOC Engagement Officer and Survey Co-ordinator.

The team is appealing to forest users in the region to report any probable Nightjar sightings, including incidences of hearing the unmistakable churring song, to: This email address is being protected from spambots. You need JavaScript enabled to view it.. Details will be passed on to the Local Bird Recorders, and/or entered on the bird recording platform, BirdTrack.