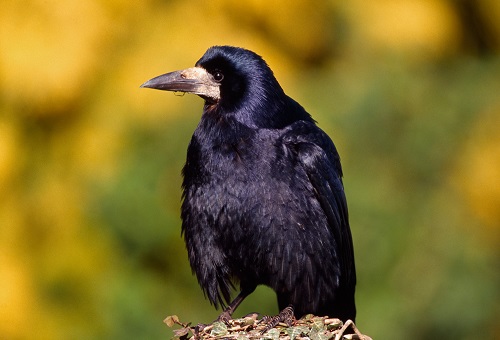 The curious sight shown here of a Rook perched on the side of a chimney, repeatedly extending its wings into smoke rising from the fire below, puzzled observer George McArdle, who then got in touch with SOC for an explanation of the bird's behaviour.

References in literature to this intriguing 'smoking' behaviour are few and far between. However, it appears to be most commonly observed in corvid species including Jackdaw. It is thought that the smoke helps to clear parasites, such as mites and ticks, from the bird's feathers and skin.

Commuters at a railway station in Devon recorded similar when they observed Rooks placing their wings over smoke from discarded cigarette butts https://www.telegraph.co.uk/…/A-quick-smoke-Its-good-for-th…