Aberdeenshire and Aberdeen City (the former districts of Banff and Buchan, Gordon, Aberdeen City and Kincardine and Deeside of the old Grampian Region)

Local recorder for the area:

Submission of records via BirdTrack is encouraged or records can be emailed to the Recorder as an Excel spreadsheet. An example of the ideal format is available on request. Records are welcomed at any time up to the end of January of the following year. For non-electronic records, please contact the Recorder to discuss.

What happens to the data?

All records that contain at least the minimum information (species, date, place and observer) are collated into a single spreadsheet with all the year’s records. This is used for writing the Species Accounts in the Bird Report. Data are also used or shared with others in a variety of other ways:
• The collated data form an incredibly valuable resource that can assist with conservation, planning and research. To enable this, the data are passed each year to the North East Scotland Biological Records Centre (NESBReC) which acts a core biodiversity data portal for the region.

• Records may be passed on directly, where appropriate, to the Rare Birds Breeding Panel (see their website for details on how they use the information).

• The records are also loaded by the Regional Recorder onto the BirdTrack system which collates the results from both casual birdwatching records and from more systematic surveys into a central national database. The sheer volume of records held means that robust information can be derived on species status and trends.

• Via BirdTrack, records feed into projects such as the national breeding and wintering distribution atlases for which fieldwork has recently been completed. Note that records that are loaded straight to BirdTrack by individual birdwatchers are downloaded for use in this report by the Regional Recorder so there is no need to send these records in again.

• There are also plans in hand for the data that reach BirdTrack to be made available on the National Biodiversity Network (www.nbn.org.uk). We will update in future issues of this report on progress with this plan.

• As well as being published in the paper copy of the Bird Report, the compiled species accounts are to be made available three years after publication as part of the Scottish Bird Report. 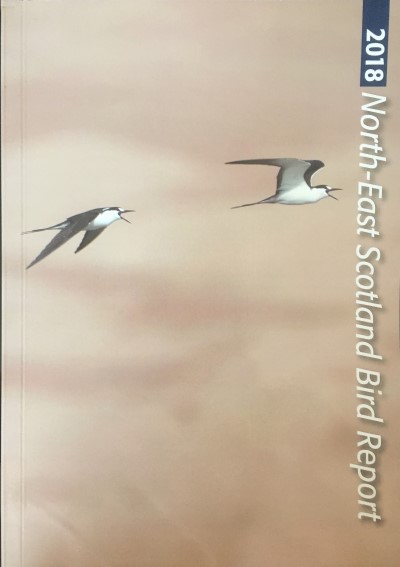 Copies are available at a cost of £7.00 inc p&p by contacting Ian Middleton by email at This email address is being protected from spambots. You need JavaScript enabled to view it. or on 07882 411469.  Copies are also available to purchase over the counter at Waterston House, priced at £8.00 (please check stock before travelling - Tel 01875 871330). The report production team would be pleased to place anyone on their mailing list for future issues by contacting Ian Middleton as above.

This email address is being protected from spambots. You need JavaScript enabled to view it., as above.

Grampian Ringing Group 2015 Ringing Summary
Harlequin Duck, January to May 2015: the first for the region
Black-winged Pratincole, 3 June 2015: the second for the region
Recording Bean Geese in North-East Scotland

Grampian Ringing Group 1995 Ringing Summary
Common Crossbills in Deeside in 1995
Mute Swan nesting on the River Dee at Aberdeen: first breeding record for the Dee
The movement of wildfowl off Peterhead, Grampian 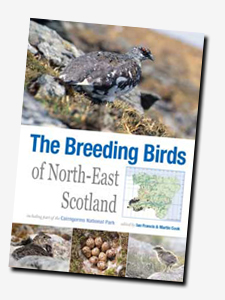 The Breeding Birds of North-East Scotland

Click here to read about the Breeding Birds of North-East Scotland Atlas, which covers Moray, Aberdeenshire and Aberdeen City. This publication is sold out now however SOC members can borrow a copy of the Atlas from the library (available to non-members for reference) subject to availability and borrowing terms and conditions.

Species that the committee considers: