Leonora Jeffrey Rintoul (1878-1953) was born at Lahill, Upper Largo, Fife and in the following year Evelyn Vida Baxter (1879-1959) was raised only a few kilometres distant at Gilston, Largoward. Both stayed in the same area throughout their lives, and on inheriting money they built houses at Largo, living only a few hundred metres apart. Seldom has such synchronicity benefited Scotland's ornithology.

While teenagers, both visited Tentsmuir in north-east Fife, an area of open moorland and sandhills, renowned for its birdlife. They became acquainted with William Eagle Clarke who was involved with Tentsmuir's development as a nature reserve, and maintained contact through their frequent trips to the bird collections under his care at the Royal Scottish Museum (now part of National Museums Scotland (NMS)) in Edinburgh. They first published their local observations on birds in their mid-twenties (Rintoul & Baxter 1905). 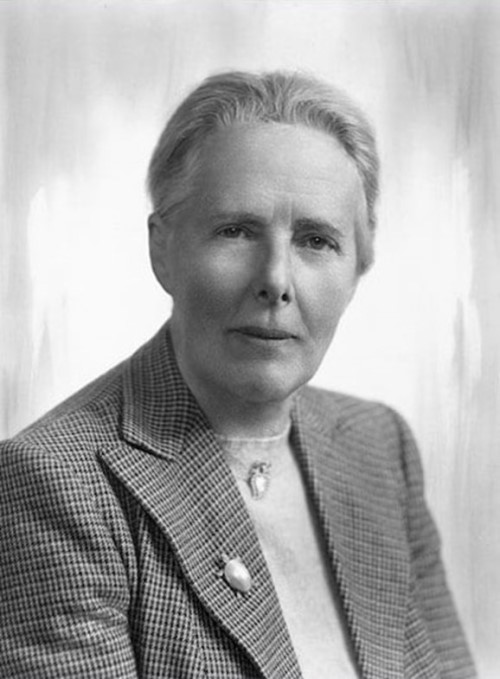 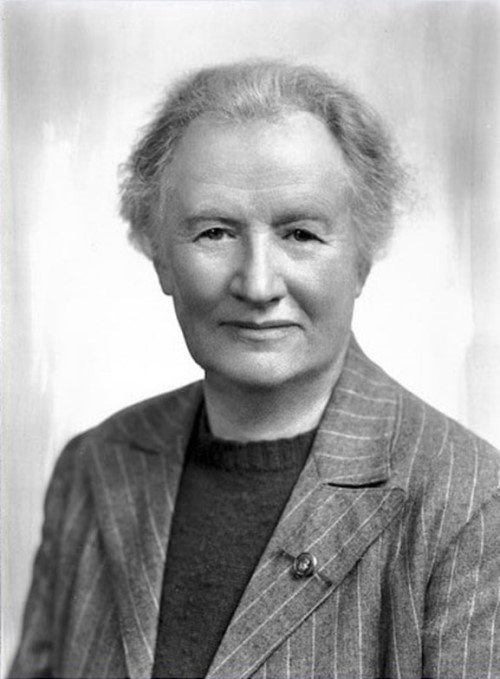 Aware of Clarke's success on Fair Isle in 1905-06, they were stimulated to undertake comparative studies on the Isle of May, lying 8 km off the Fife coast. In September 1907 they commenced a series of regular visits in both spring and autumn to study migration, which continued for 26 years, interrupted only by World War I. The results of their visits were published promptly. Even on their first trip, the ladies fulfilled some of their expectations, writing 'We were particularly anxious to ascertain whether the Yellow-browed Warbler visited the May on migration .

To our great joy one specimen appeared on Sunday, 29th September, and we were fortunate enough to secure it next day; it is the first record of this species for the Forth area' (Rintoul & Baxter 1908). It is evident that J A Harvie-Brown encouraged the ladies' ambitions; in a letter to him dated 6 August 1913 Baxter wrote 'We had already thought of writing an account of the Birds of the Isle of May, as a study in migration and will be much encouraged to go on and do it by your approbation.' (Harvie-Brown collection, NMS Library, Box 3/46). Five years later they published the results of their studies, describing the effect of wind on bird movements and postulating that 'deviation from the direct route is largely, perhaps mainly, due to drift' (Baxter & Rintoul 1918). This was at a time when it was generally believed that wind effects were of little significance. One year after the last of their long series of visits to the Isle of May, in autumn 1933, the Bird Observatory was established (Eggeling 1960).

In addition to articles on bird migration they published many other notes and also other more substantial contributions. A beautifully detailed and thoroughly researched historical review of the colonisation of Scotland by nine duck species appeared as a small book (Baxter & Rintoul 1922), in part expanded from papers previously published in Scottish Naturalist. Notes on Lepidoptera on the Isle of May and Islay (Argyll), for example, also appeared. Rintoul compiled the Largo Village Book in 1932, a work that contains a little known 16-page annotated list of the birds of Largo parish.

From 1910 onwards they edited the 'Report on Scottish Ornithology' in the Annals of Scottish Natural History (reverting in 1912 to its original title of Scottish Naturalist) that had been published since 1879. These reports were the first real attempt to co-ordinate bird sightings from Scotland, and from 1904 included information on range extensions, weather and habits (Paterson 1905). They joined the editorial committee of Scottish Naturalist in 1912 and produced these reports until the final lengthy one in 1928 (Baxter & Rintoul 1929b).

As keen students of bird distribution they recognised the importance of setting a reference point from which colonisations, extensions and regressions might be measured. In a single reference work, as first mooted by Clarke and drawing from all sources, and the Faunal series in particular, Baxter and Rintoul correlated each taxon with its known distribution and status in The Geographical Distribution and Status of Birds in Scotland (1928). One advantage of the book's format was that additions could easily be made; Baxter and Rintoul facilitated this by publishing regular alterations and additions, the first in the following year (Baxter & Rintoul 1929a).

Their next major publication was A Vertebrate Fauna of Forth (Rintoul & Baxter 1935), arranged in the style of the faunal series developed by Harvie-Brown, and filling one of three gaps (Forth, Clyde and Solway) not completed during his lifetime. This book was long in gestation, having originally been planned by William Evans, the outstanding authority on the fauna of the Forth and a co-editor of Scottish Naturalist. After his death in 1922 Baxter and Rintoul undertook the project following a request by Clarke. In the bibliography, the authors acknowledge the crucial importance of the work of three leading naturalists in the Forth area - Harvie-Brown, Evans and Clarke, referred to as the Great Triumvirate.

The culmination of their lives' work resulted in the publication in 1953 of The Birds of Scotland, their History, Distribution and Migration, though Rintoul unfortunately died shortly before publication. This book, an avifauna of Scotland in two volumes, attempted to describe the history and incidence of all bird species and subspecies observed and it continues to be a valuable source.

Although some wives of male ornithologists often assisted their partners in the field, females who worked independently were rare, and female collectors even more so. Baxter and Rintoul are two of only nine such female collectors mentioned in The Bird Collectors (Mearns & Mearns 1998). Around 1,200 skins held by NMS are representative of their activity, most collected between 1910 and 1914, several being first records of particular species for the Firth of Forth. On the Isle of May on 19 October 1909 the first Pied Wheatear observed in Britain was collected, and occurrences there of another two species were firsts for Scotland: a Common Nightingale on 9 May 1911 and a Melodious Warbler on 27 September 1913 (Baxter & Rintoul 1910, 1911, 1913). Many of their skins were lantern strikes, salvaged by light-keepers, from the Isle of May and other light-houses.

The enduring partnership of Baxter and Rintoul Was in the forefront of Scottish ornithology for many years, with the pair widely known as 'the good ladies'. They were founding members of The Scottish Ornithologists' Club (SOC) in March 1936, with the original invitations to attend the inaugural meeting being sent out under the names of Baxter and George Waterston. Both ladies served as joint Presidents until 1948, and Honorary Presidents thereafter.

Both had secure financial backgrounds and employed housekeepers, facilitating the pursuit of their own interests. Apart from their ornithological interests they were very active in the affairs of the Women's Rural Institute, travelling throughout Scotland to lecture and to judge handcrafts. Baxter was a Commissioner in the Girl Guides.

Both were elected Honorary Lady Members of the British Ornithologists’ Union in 1911; in 1949 Baxter was elected the first lady Vice-President and in 1959 she was awarded the Union Medal in recognition of the 'great services to ornithology rendered by the Baxter-Rintoul collaboration' (Ibis 1959: 292). Baxter was also awarded an MBE in 1945 for her work as an organiser for the Women's Land Army in both wars, and in 1955 was awarded an honorary doctorate by the University of Glasgow. Both were elected Fellows of the Royal Society of Edinburgh in May 1951, the only nongraduates so honoured at that date. Their diaries are archived at Waterston House, Aberlady.

Baxter, E.V. & Rintoul, L.J. 1911. On the occurrence of the Nightingale (Luscinia megarhynchos megarhynchos) on the Isle of May: an addition to the avifauna of Scotland. Annals of Scottish Natural History 1911: 132-133.

This profile was first published in the Pioneers in Scottish ornithology chapter written by Bob McGowan and David Clugston for The Birds of Scotland (2007). This version has minor changes only, specifically using the full names the Royal Scottish Museum, National Museums Scotland and the British Ornithologists’ Union, and the use of an Ibis volume number rather than year in the references.